By creating 6 total tattoo flashes that are inspired by 3 different artists, it is easy to see the difference in style through the years.
The first two flashes are a recreation of Sailor Jerry's most popular tattoos. Sailor Jerry is one of the first American Traditional artist, based in Hawaii. The second row is a now famous tattoo artist by the name of Myra Oh. Myra Oh is considered a traditional tattoo artist, but you can see the obvious differences in color, lines, and designs compared to Jerry. The last row is the direction traditional tattoos are heading, these are being created by Han Shinko. Han is a black and white traditional artist, mastering in line work. 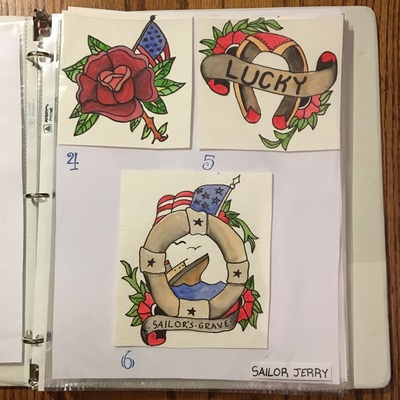 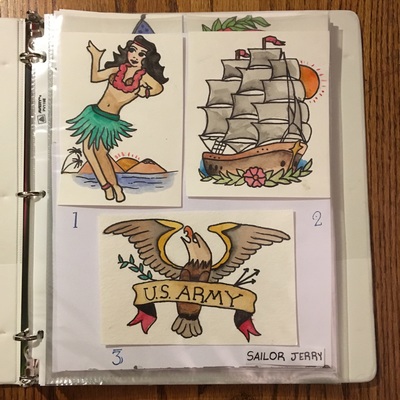 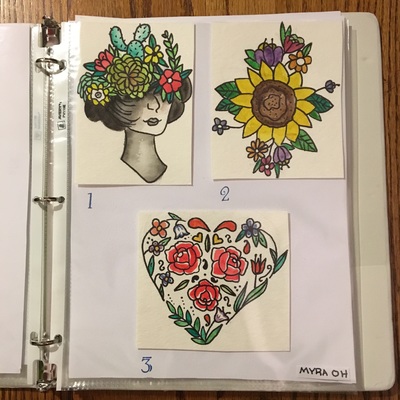 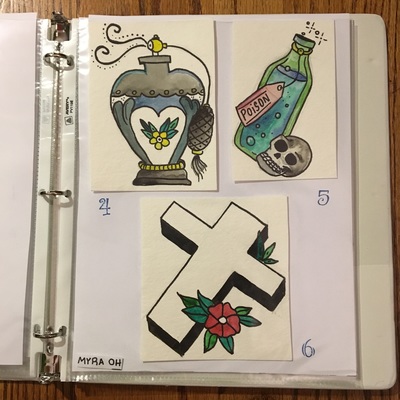 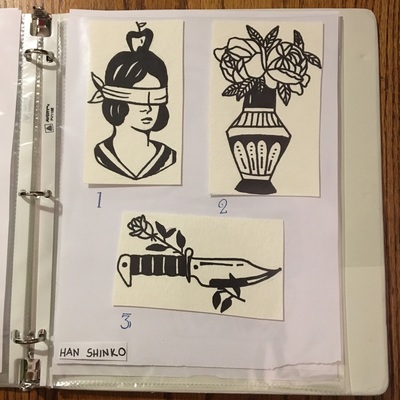 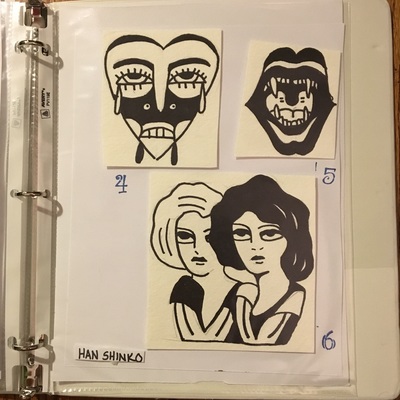 Below are the original tattoos my recreations are based off of:
​